Home Remodeling Before & After Photos 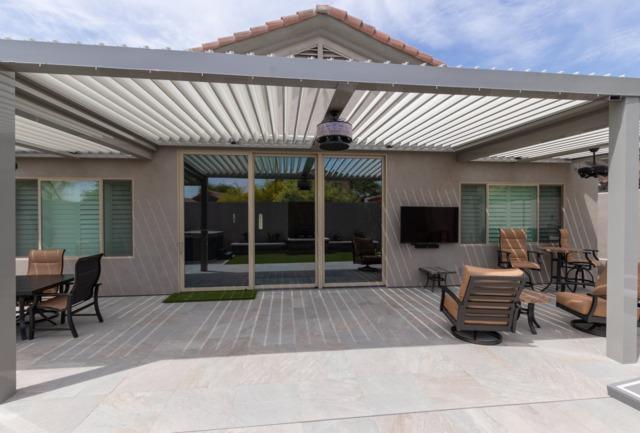 This is a back yard in North Scottsdale. We are lucky to live in such a climate where we can easily expand our living space into the great outdoors. When you look at the Before Photos, you will notice that space was not so inviting or attractive. What a change, a big WOW, and a really fun space now to entertain not only the family but also guests. It's like an oasis and a place to absorb beauty all around, and the best part is, it's right in their own back yard!

See more AFTER images from this beautiful back yard remodel. 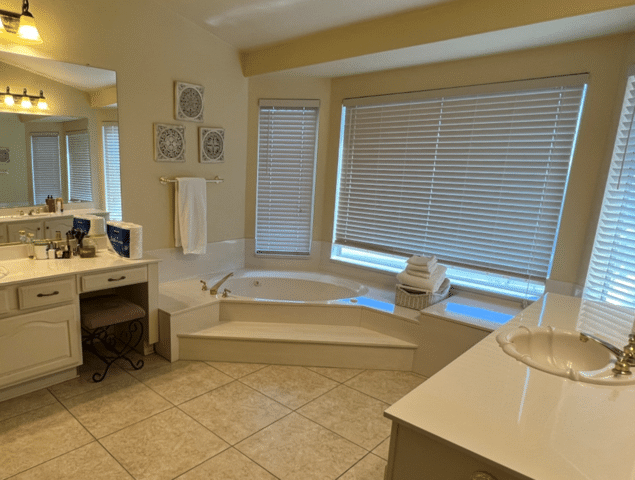 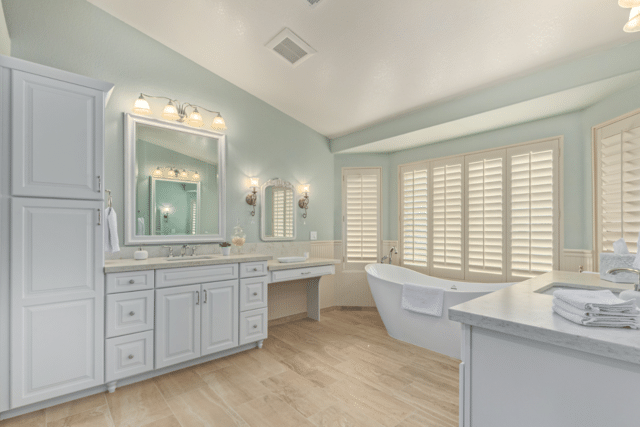 This is a beautiful North Scottsdale Bathroom remodel. The homeowners had lived in their home for 31 years with no changes or updates to the bathrooms. As you can see, it went from drab to fab. The layout was changed a little by removing the corner Roman tub and putting in a center soaking tub. By doing so, they were able to get more room for her countertop, sink and makeup counter. They were also able to add a lovely linen closet that provided a lot more storage. The shower used to be a fiberglass insert, and TraVek Remodeling was able to remove that and put in a beautiful tile shower with the proper Schluter waterproofing beneath, added niches and a bench. Look how lovely. 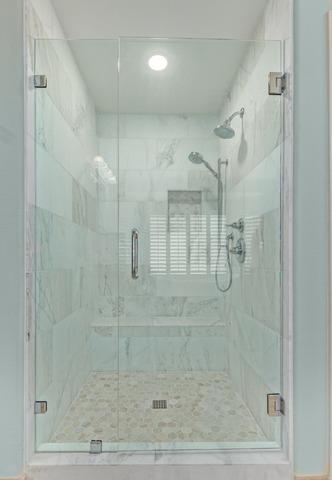 The shower in this Scottsdale Remodel is a complete and total change from what it was before. The original fiberglass shower insert was 31 years, and had served its purpose well. After installing Schluter waterproofing beneath, we put in a gorgeous tile shower with niches for the shampoo and soap, as well as a beautiful bench. We also added an extra handheld shower instead of just the shower head. The new, upgraded tile shower is a show-stopper! 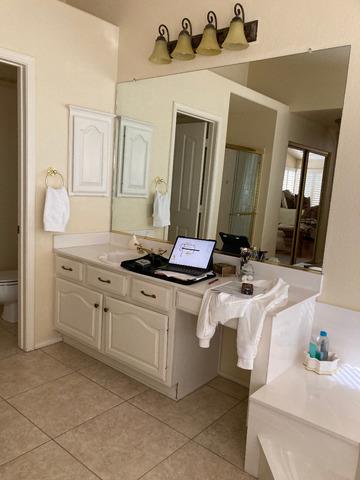 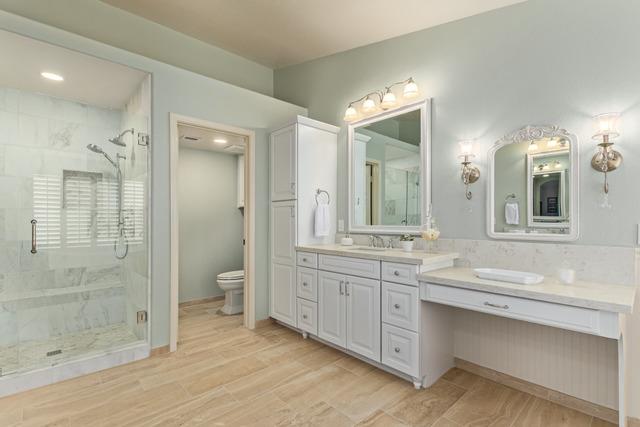 This Scottsdale bathroom has two separate vanities and sinks instead of the double-sink concept that so many have. This is convenient because one counter has plenty of room to have a drop down makeup counter. It's the little details that make a home remodel stand out. Nothing was forgotten in this beautiful Scottsdale home! 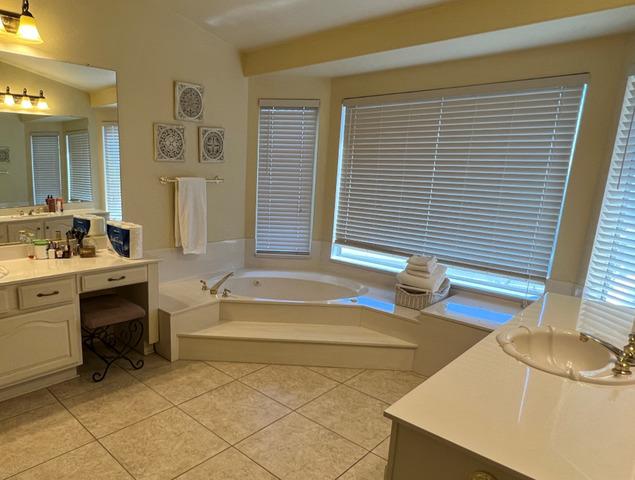 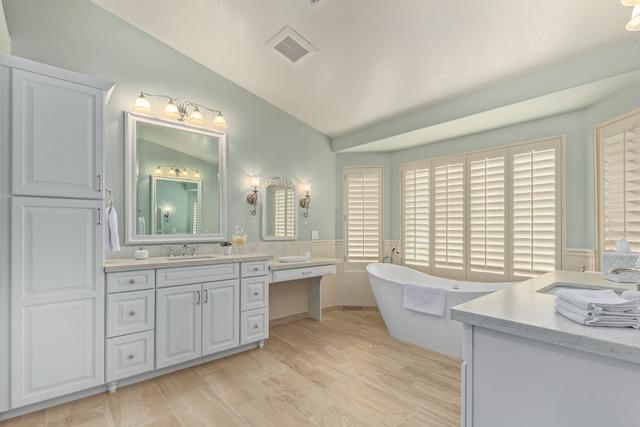 No more corner tub in this Scottsdale bathroom. We removed the corner tub and put in a free-standing tub centered between the windows. In so doing, the homeowners were able to get a lot more space for the vanity and makeup counter, as well as add a very handy linen closet.